Entertain the kids this summer with a FREE Finding Nemo Ocean activities!

May the 4th be with you! May the 4th memes, that is. If you’re a Star Wars fan and looking for some funny pictures to send your friends or share on social media, this blog post is just for you. We’ve collected 11 of our favorite (and most popular) Star Wars-themed memes from all across the web to help make your May the 4th extra special.

If you’ve ever wondered what this Star Wars fan day is about, May the Fourth (be with you) is a pun on “May the Force be with you.” Fans celebrate in some really fun ways and we’ve included a few for you to try including funny memes, some great movie quotes, and a few activities the whole family will enjoy.

How do Star Wars Fans celebrate May the 4th?

May the fourth is a day for all Star Wars fans to celebrate their fandom. It’s not just about watching and rewatching the films, it’s also about dressing up like your favorite character or getting together with other people who share your love of this epic space opera film series!

There are few things better than celebrating May the fourth with your family or friends! You can always celebrate by enjoying Star Wars trivia together, watching the Star Wars movies in order, playing board games like Monopoly: The Clone Wars Edition, and so much more.

There really are dozens of creative ways to enjoy this day!

Where did the popular saying originate?

The popular saying is a pun that will make anyone who appreciates nerdy humor and pop culture smile every time they hear it because it plays on two meanings of “may the force be with you” from The Empire Strikes Back; one meaning to wish good luck while another means congratulations or well done.

Obi Wan Kenobi first uttered the words, “May the Force be with you.” to Luke Skywalker when they meet on Tatooine at Mos Eisley spaceport.

However, Darth Vader later said the same words to Luke when he was trying to tempt him into joining the Dark Side.

The latter is now used as a sarcastic response in Star Wars fandom and pop culture whenever someone says something that sounds overly optimistic or naive.

It’s also often coupled with GIFs from The Empire Strikes Back of Obi Wan Kenobi saying “May the Force be with you.” and then followed by Darth Vader doing his iconic breathing sound effect while extending one arm towards Luke Skywalker. These images are taken out of context because Darth Vader actually wants to kill Luke at this time but it highlights how both quotes can have different meanings depending on who utters them.

Most people use May the Fourth jokes for humor purposes only, but they  can also be used to express a light-hearted promotion of celebrating Star Wars day.

We’ve also included some of our favorite Star Wars quotes from a galaxy far, far away to help make your day even more memorable.

You’ll never find a more wretched hive of scum and villainy. We must be cautious. – Obi Wan Kenobi

I do not know how to tell you this… but I think someone has been in our stuff! – Jar-Jar Binks

Hokey religions and ancient weapons are no match for a good blaster at your side, kid. – Han Solo

Somebody is going to get hurt real bad if they don’t let me out of here soon! – Chewbacca

Let the Wookiee win. That’s all he ever wants anyway.-Chewbacca

It’s a trap!” He said aloud and was indignant when no one responded.” – Han Solo, Return of the Jedi

Our Top Star Wars Memes for May the 4th

The Dark Side’s got jokes… Enjoy these funny Star Wars memes and don’t forget to share them on social with your fellow geeky friends.

Best posted on a Wednesday, aka hump day.

Now that we know about social distance choking, is there really any other way?

Now it’s in your head. LOL

One Star, do not recommend.

Shout out to all the students just trying to make it to the end of the school year.

Bernie got a front row seat to the action.

There are many more Star Wars memes than these few examples, but these stand out as some of our favorites for their hilarious content. And don’t forget to share them with your friends on social media so they can join you in celebrating Star Wars day! Happy May the fourth everyone!!!

We hope you enjoyed reading this post about May the Fourth memes.  Let us know what your favorite Star Wars meme is in the comments below!

And as always, we’d love for you to join us for more Everyday Disney Ideas in our Facebook Community.

Previous Post: « Disney Beignets: How to Make Them and Where to Find them in the Parks
Next Post: Disney Brownies: How to Make Frosted Yoda Brownies » 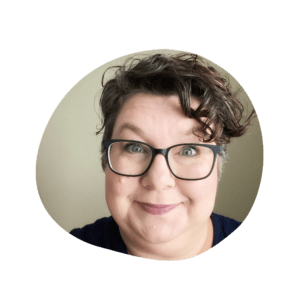 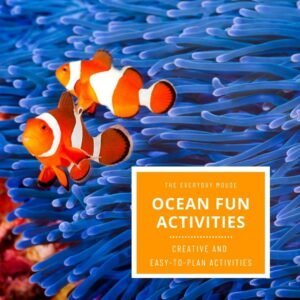